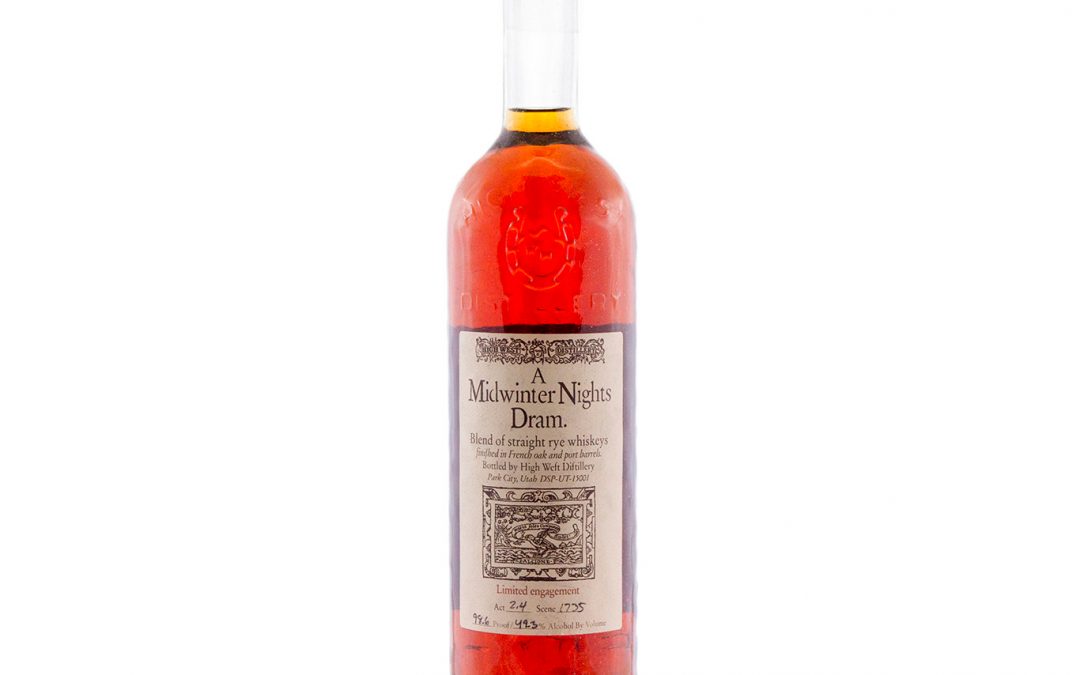 A Midwinters Night Dram bottle from the High West Distillery is a limited edition release of their coupled Rye finished in port and French oak barrels. Named with Shakespeare in mind, this whiskey is a blend of straight rye whiskies finished in french oak and port barrels from Utah in the USA.

This limited botting from the folks at High West is incredibly sought after. 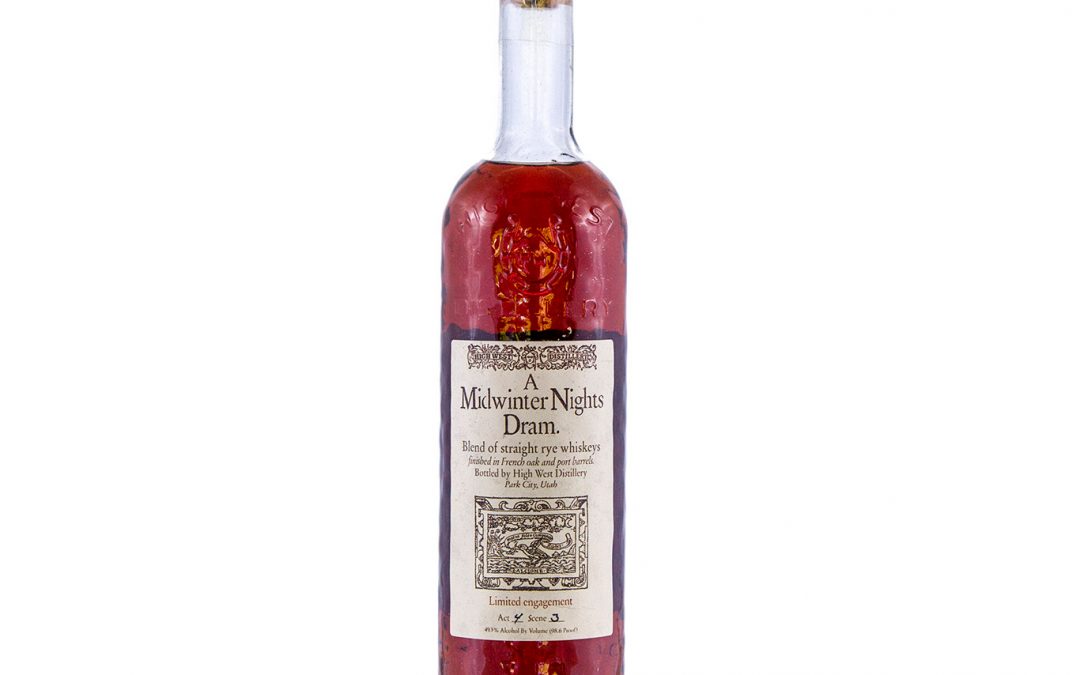 A Midwinters Night Dram Act 4 Scene 3 is from the High West Distillery in Utah. This whisky is a blend of their Rendezvous Rye which is then finished in French Oak and ex Port barrels.

The rye forms a beautiful base of vanilla, caramel and cinnamon; the port barrels is enhanced with plums and dried fruits and the French oak provides a spice accent. The combination is terrific.