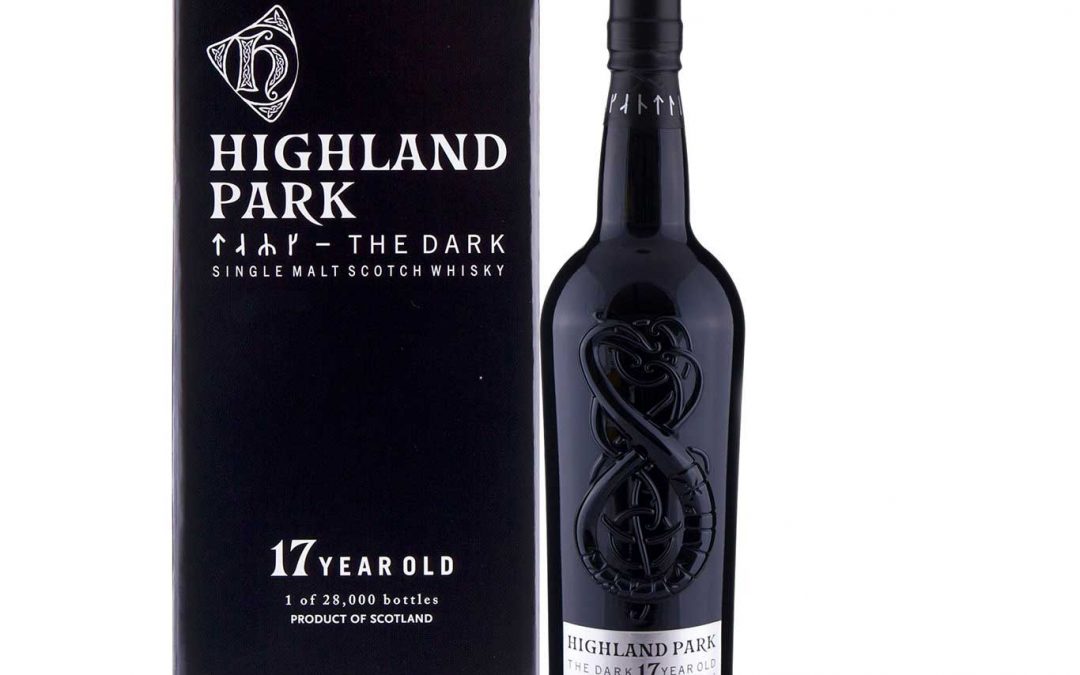 The first release in a series from Highland Park launched in 2017, that celebrates the seasons on the Isle of Orkney, where Highland Park is made. The Dark is a 17 year old single malt expression which focuses on the autumn and winter seasons.

This particular whisky has been drawn from European oak Sherry casks. A fantastic example of how blending Sherried richness with elegant smoky elements can work spectacularly well.

Expect aromas of dried fruits, nuts and herbs that continue into the palate, where they are joined by distinctive notes of smoky peat.

The Dark has been bottled in a limited edition of 28,000. 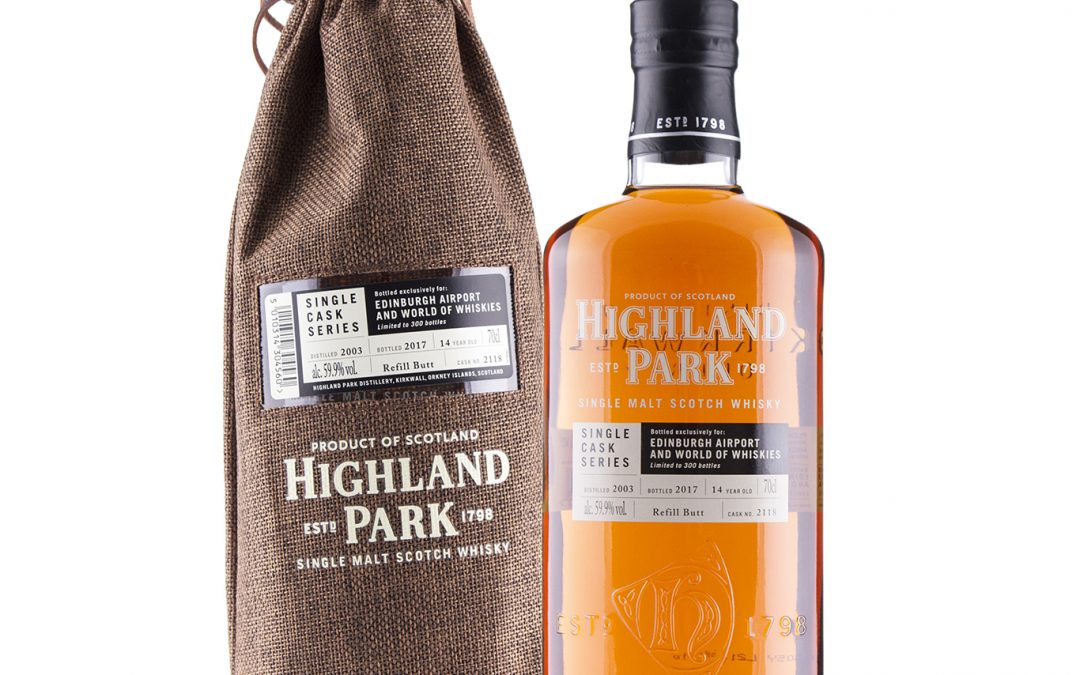 A 14 Year Old Single Cask whisky from Highland Park bottled Exclusively for Edinburgh Airport shop, World of Whiskies. This whisky was drawn from a Cask #2118 which was a refill ex sherry butt.

Bottled at a healthy 59.9% abv, this whisky really opens up with a drop of water.The result is a whisky bustling with layers of tropical notes followed by waft of light smoke. Sublime!

Only 300 Bottles were created. 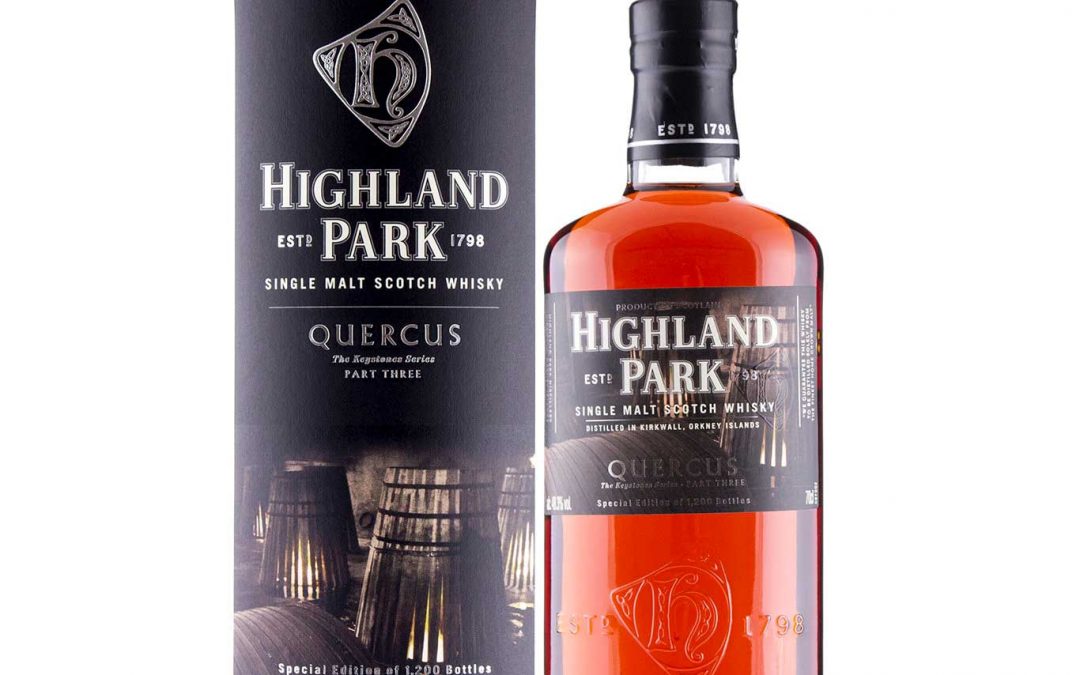 This Quercus is the third release in Highland Park’s The Keystones Series. It explores and celebrates the five traditional keystones of production that have remained unchanged for which have not changed for over 220 years.

Named after the species of oak used by the distillery to make their casks, which would be sent to Jerez, Spain to mature for around 2 years before returning to Orkney.
Only 1200 bottles are in existence. 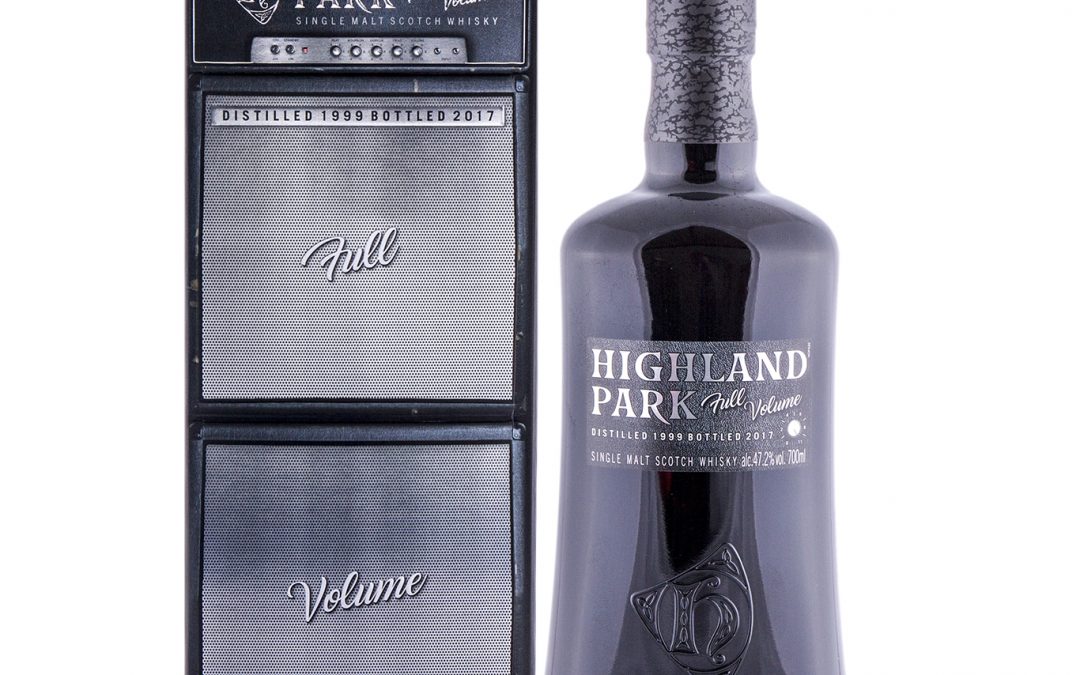 The flavour profile is ‘citrus, creamy vanilla with a lightly smoky finish’, Highland Park Full Volume is said to synchronise ‘the skills of a whisky maker with the expertise of a music producer’. 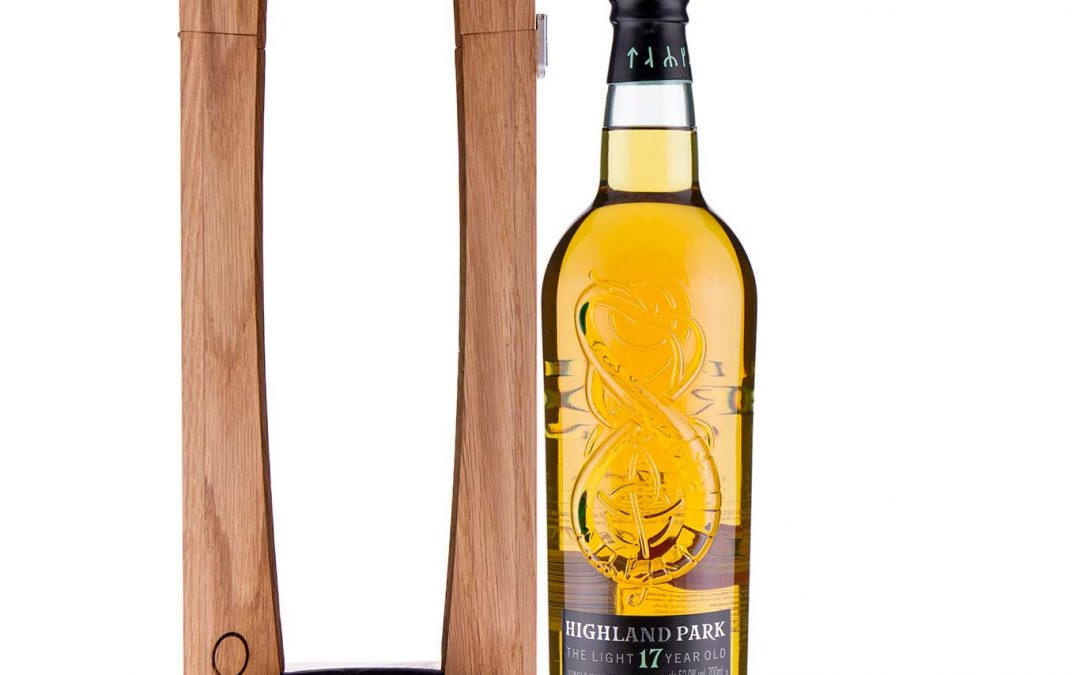 This Highland Park was inspired by spring and summer on Orkney and is the follow up to 2017’s The Dark. Taking a slight twist on the fresh and zesty character of Highland Park; switching out the more traditional sherry casks for refill American oak casks, focusing on pear, vanilla and soft spice. 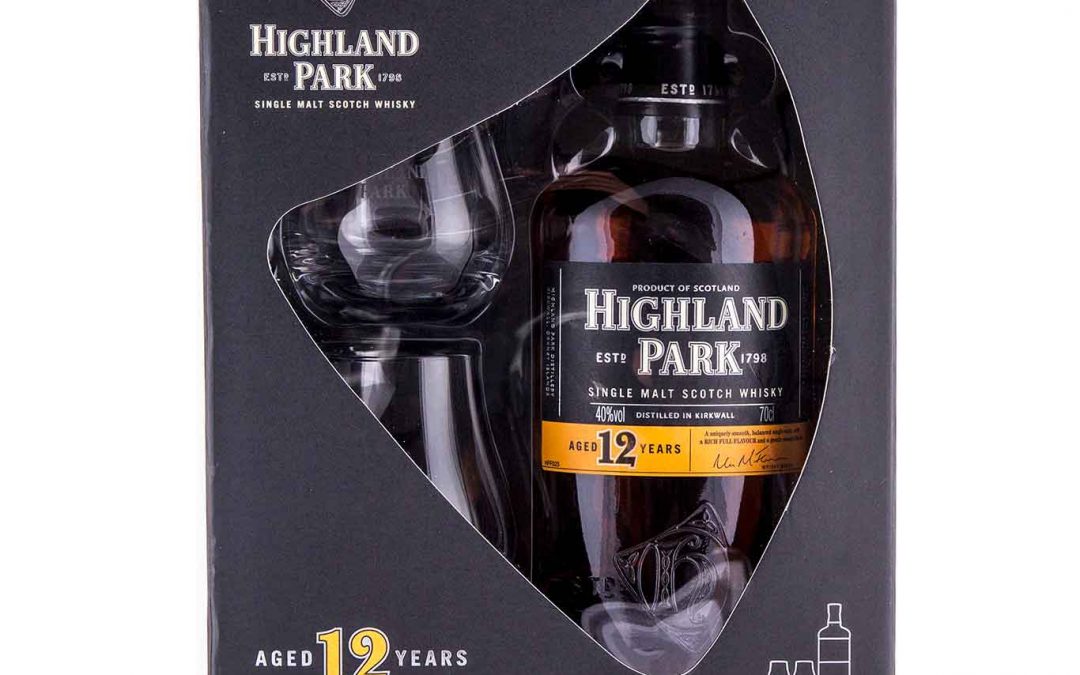 A fresh, clean and floral malt with plenty of depth, Highland Park 12 sets the standard for northerly whiskies. The handsome set comes complete with two engraved tumblers so you can get drinking right away. 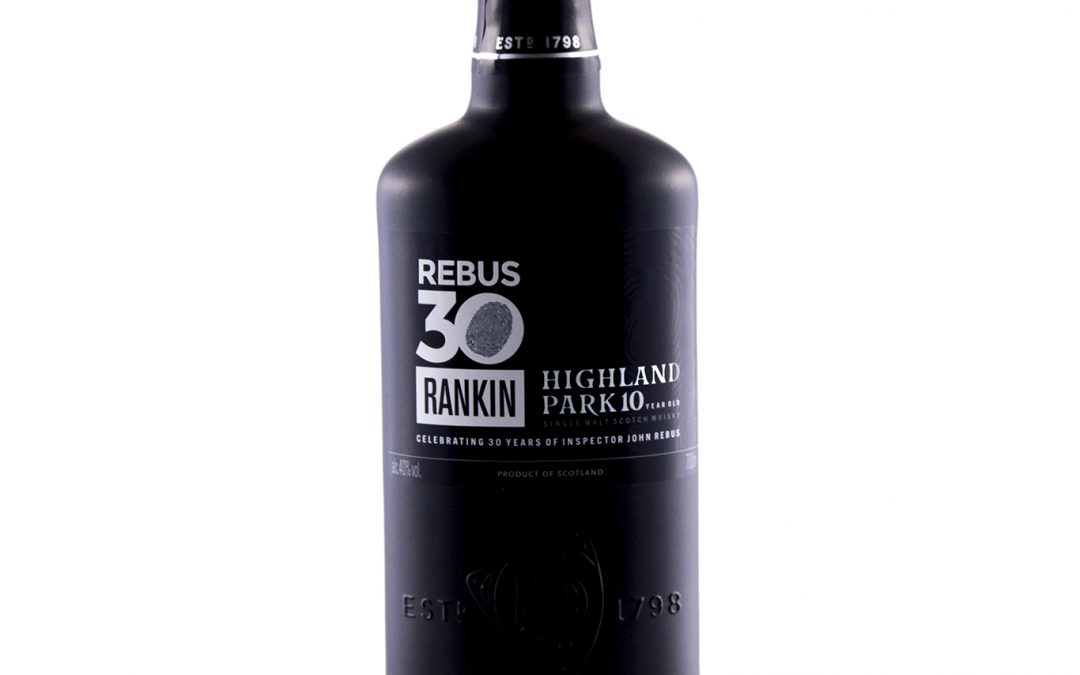 The Highland Park Rebus 30 10 Year Old whisky was created collaboratively by Highland Park Master Whisky Maker, Gordon Motion and Ian Rankin. Ian was invited to visit the distillery on Orkney where he chose a special single cask. The whisky’s flavour profile was chosen according to what Ian felt Rebus would prefer – cask no 3272, was ‘dark, complex and with a long finish’. 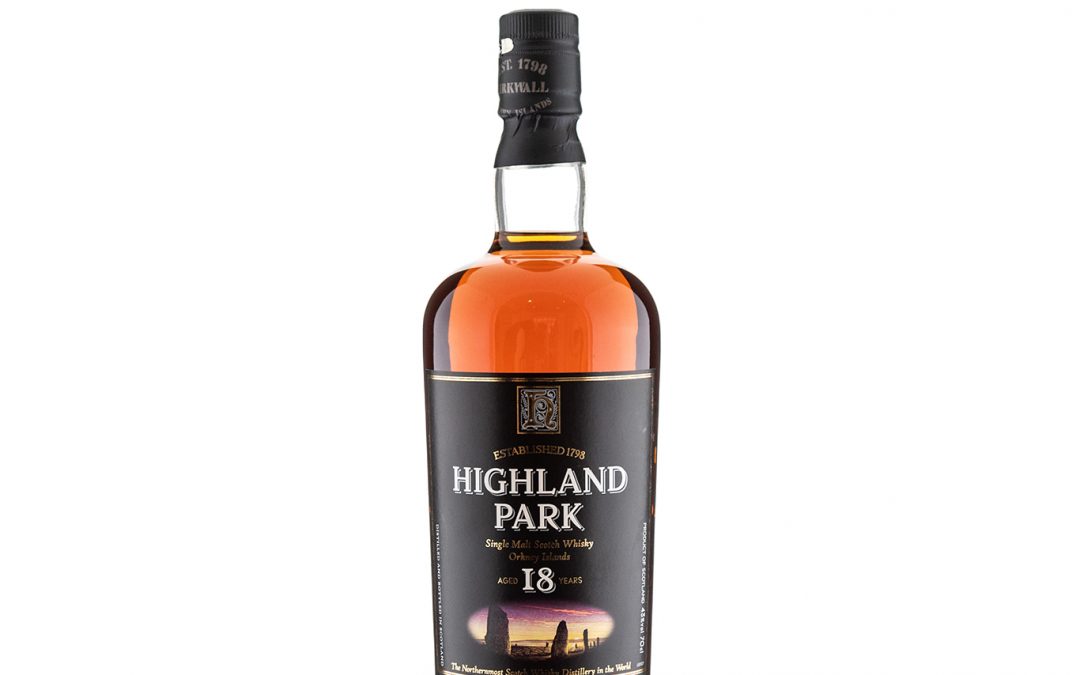 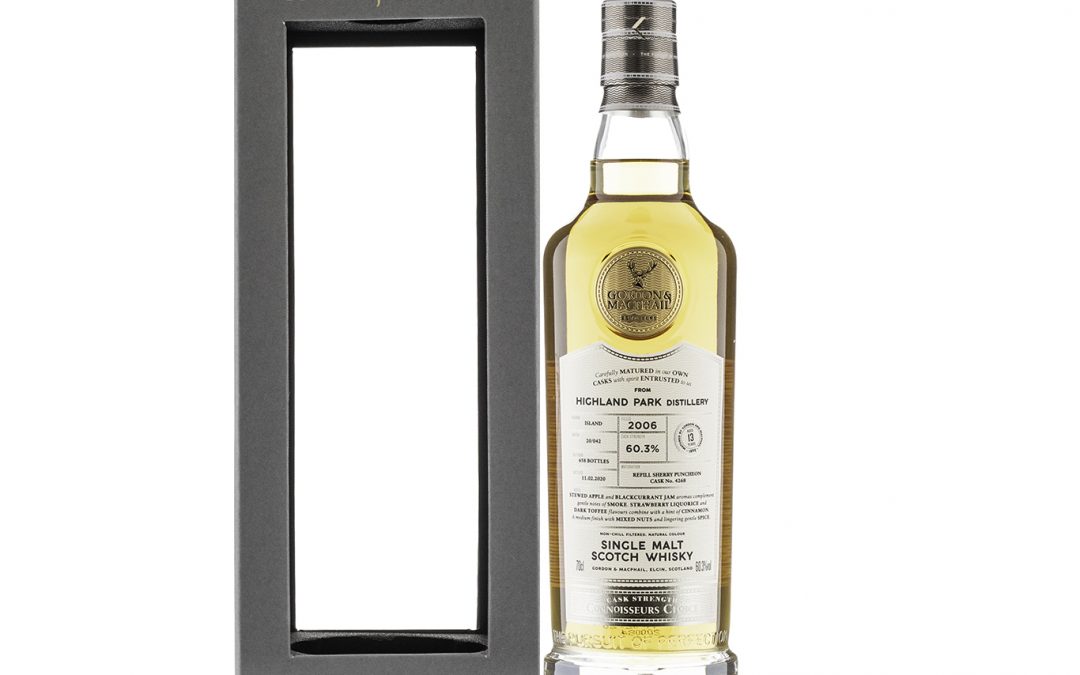